The Excellent Popcorn Film – The Atlantic 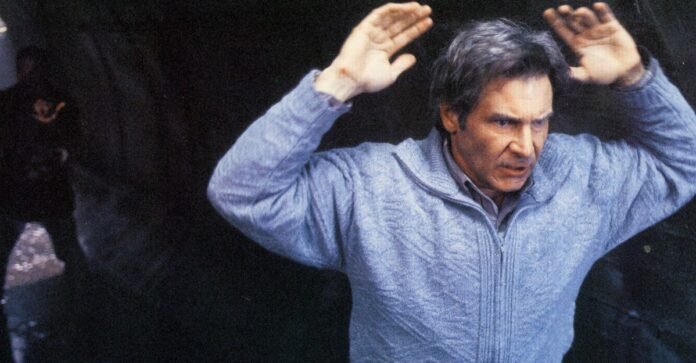 That is an version of The Atlantic Each day, a e-newsletter that guides you thru the most important tales of the day, helps you uncover new concepts, and recommends the most effective in tradition. Sign up for it here.

Good morning, and welcome again to The Each day’s Sunday tradition version, during which one Atlantic author reveals what’s maintaining them entertained.

In the present day’s particular visitor is employees author John Hendrickson, who has simply revealed a brand new e-book, Life on Delay: Making Peace With a Stutter, which you’ll be able to learn an excerpt of here. John has written for The Atlantic about, amongst different subjects, President Joe Biden’s stutter and, most just lately, I Didn’t See You There, an experimental documentary about residing with a incapacity that he calls “kinetic and compelling.” John will learn something by Richard Worth, purchased tickets for all 5 of The Walkmen’s upcoming NYC reunion reveals, and has most likely watched The Fugitive 50 occasions.

However first, listed below are three Sunday reads from The Atlantic:

The upcoming occasion I’m most wanting ahead to: I spent almost a decade ready and praying for The Walkmen to perhaps sometime reunite, doubting that it could ever occur. To me, they’re the unsung heroes of the turn-of-the-millennium New York rock renaissance (suppose: The Strokes, Yeah Yeah Yeahs, TV on the Radio, Interpol—all of the Meet Me in the Bathroom bands). Not too long ago, when The Walkmen introduced a five-night run in Manhattan in April, I impulsively purchased tickets for all 5 reveals. I shall be screaming each phrase to each tune.

The tv present I’m most having fun with proper now: After biking by way of The Workplace, The Larry Sanders Present, Parks and Recreation, a slew of Ken Burns documentaries, and several other seasons of Alone, my spouse and I’ve began watching NewsRadio at night time earlier than we go to sleep. Once more: Unsung! Each line Phil Hartman delivers is masterful. Stephen Root, of Barry and Workplace House fame, does deadpan humor like nobody else. And it’s a bit surreal to observe Joe Rogan in one in all his early roles, taking part in a meathead named Joe.

An actor I’d watch in something: Invoice Hader

My favourite blockbuster: The Fugitive is as shut as you will get to an ideal—for lack of a greater phrase—popcorn film. Brisk pacing! Snappy dialogue! A couple of big motion sequences counterbalanced with grisled guys in frumpy fits working the telephones! I’ve most likely seen it 50 occasions. [Related: Hollywood doesn’t make movies like The Fugitive anymore.]

Greatest novel I’ve just lately learn: I’m at the moment studying Laura Zigman’s Small World, about two middle-aged sisters who transfer in collectively, bringing many years of household baggage into the home. I don’t need to give an excessive amount of of it away, however I’m in awe of Zigman’s capability to weave biting humor and tenderness so carefully collectively.

A tune I’ll at all times dance to: Le Tigre, “Deceptacon.” Hit play and attempt to preserve your physique nonetheless. It’s unimaginable!

My go-to karaoke tune: Patti Smith, “Because the Night.” I’m a horrible singer, however singing is salvation for me. I prefer to belt this one out on a Friday or Saturday night time at Montero’s, an previous fisherman’s dive bar close to the East River in Brooklyn. I normally throw in a kick when the pre-chorus begins. I write about this somewhat bit in my e-book, Life on Delay, however singing depends on a distinct a part of the mind than we use for talking, and I by no means stutter once I sing. It’s releasing. Scores of present or former stutterers have turned to music sooner or later of their lives: Elvis Presley, Kendrick Lamar, Carly Simon, Ed Sheeran, Invoice Withers, Noel Gallagher—to call just some.

My favourite unhappy tune: Charles Bradley’s cover of Black Sabbath’s “Changes” completely slays me. It transcends what you consider as recorded music—it’s as if Bradley’s soul is printed on the observe. The full backstory about Bradley and his mother across the time of the recording makes it all of the extra poignant.

My favourite offended tune: Thee Oh Sees, “I Come From The Mountain.” Every time I’m confused or anxious, I crank this as loud as I presumably can and head-bang at my desk. Colson Whitehead instructed 60 Minutes that they’re on his writing playlist!

A favourite story I’ve learn in The Atlantic: Annie Lowrey’s deeply vivid, private account of her experience with pregnancy was probably the most memorable piece of journalism I learn final 12 months, full cease. It’ll stick with me endlessly.

suggestion I just lately acquired: David Sims just lately advisable to me the Apple sequence For All Mankind, form of like Mad Males crossed with Apollo 13. [Related: How the space fantasy became banal]

The very last thing that made me snort with laughter: Watch this clip from “The PriceMaster.” It’s one minute of your life. Belief me.

Catch Up on The Atlantic

Try some entries in this year’s Wildlife Photographer of the Year contest (and vote on your favourite).